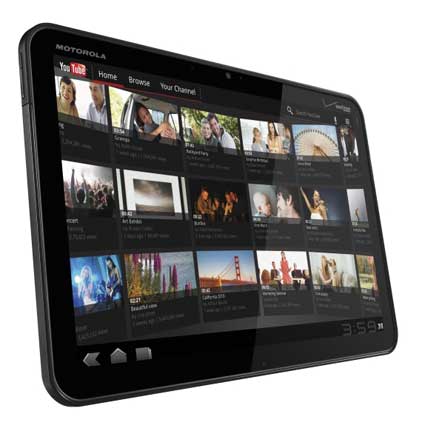 Android 3 codename Honeycomb is made specifically for tablets rather than mobile phones like the recent release of android gingerbread 2.3. The big CES tablet winner Motorola Xoom will be sporting Android Honeycomb with 32GB of built-in storage rumored to land at Best Buy February 17th. As you can see from the video below Android 3 looks like a breath of fresh air in terms of slick interface and integrated User Interface. It certainly appears multi-tasking is the name of the game. Reports are stating Xoom will be able to hang on for 10 hours of continuous usage without a charge. Time will tell.

According to Wikipedia big Android 3 changes include:

I personally have been waiting for 2nd generation of tablets to be release before diving in myself but Android 3 on Xoom vs Ipad 2 is going to be a tough choice indeed.