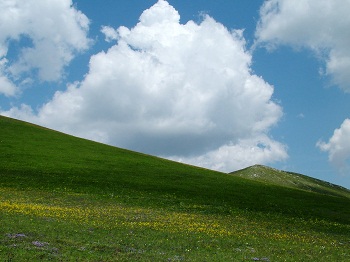 Starbucks
Back in 2008 the coffee giant was under a lot of pressure from activists to clean up their business practices. Several  cash-register exorcisms, smashed windows and law suits later, Starbucks decided to reposition itself in the market. In an effort to green up its operations and win back customers, Starbucks introduced a string of initiatives, such as giving their used coffee beans to customers to use for compost, upping the recycled content of packaging and encouraging baristas to push ceramic mug options. But perhaps the most significant change was through their CAFÉ initiative. Starbucks undertook the Coffee And Farmer Equity practices. C.A.F.E. Practices seeks to ensure that Starbucks sources sustainably grown and processed coffee by evaluating the economic, social and environmental aspects of coffee production against a defined set of criteria, as detailed in the C.A.F.E. Practices Guidelines. These practices have worked to turn customers’ opinions around and today the group is bigger than ever.

Staples
Staple’s switch to sustainability was much easier to monetize. Where Starbuck found itself fighting for its reputation, Staples took a proactive approach to going green and was rewarded handsomely.

Staples worked on going green for quite some time now and are now reaping the financial rewards. It was reported that a small change such as switching from three-amp to two-amp light bulbs has saved the company $4.2million after expenses. Other changes include modifying their delivery vehicles to limit speeds to 60mph, saving the company $1.5million per year.

Clorox
While Clorox invested a lot of money into going green, the company has not lost money and believes the gain of customer trust for doing the right thing is paramount. In 2010 Clorox started going green through a transition in its’ seven beach plans across the country to move away from chlorine gas transportation.

The company started working with GreenPeace and the Sierra Club. It cost the company tens of millions of dollars in capital, yet they are now in a breakeven proposition in terms of business profitability. In addition, the press gained from doing this was invaluable. Clorox was mentioned in the New York Times as being exemplary in trying to do the right thing. The positive brand pay-off down is huge for customers looking to buy green products from a transparent company.  Customers don’t just see it as just  a company going green, they see Clorox as being committed to doing the right thing.

Small wind energy for your home