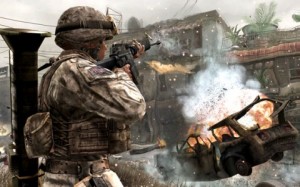 Call of Duty – Modern Warfare 2 smashes the gaming box office with an all-time industry record, of $550 million in sales in its first five days of release. Grand Theft Auto IV, is now a gleaming second place with $500 million of sales generated in its first five days. This has solidified the Activision Blizzard marriage announced on December 2, 2007, as the world’s most profitable pure-play online and console game publisher. Modern Warfare 2 will continue to be a rocket ship in the multi-player market (what Blizzard is known for) as reports of more than 2.2 million gamers played Modern Warfare 2 on Xbox Live, setting a one-day record.