Though the streaming radio startup has been around since 2009, it has recently managed to reach international fame and status through high crowdfunding achievements (up to $9 million), so this is definitely a tech idea worth reviewing.

I was actually introduced to Jelli through my employer, who is a veteran with radio broadcasting but not too impressed with streaming stations like Pandora and Spotify. In fact, our office is pretty obsessed with determining which streaming radio service is best, with me advocating for Slacker, others for Spotify, and there is this one guy who actually likes Rdio (I’m kidding, it’s a great service if it could only work on my phone).

So, researching and identifying the value of Jelli has been a high priority for me. 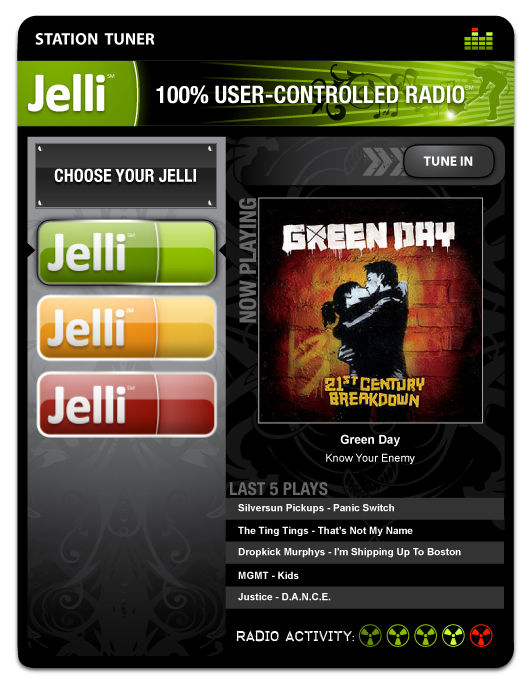 The basics: Jelli differs from any other streaming radio service I know of. Rather than dictate song choices through a DJ or randomized computer, users vote for which songs they want to play next. It’s almost like the turntable app on Facebook  You can have favorite stations, each with a community more in tune with your tastes. You can then have input in your music experience by voting for which songs appear on the playlist.

You can use Jelli on iPhone, Android, and on your desktop for free at any time. What’s really unique is that many live fm radio stations actually use Jelli’s programming for their music.

The general idea is to combine the benefits of FM radio with streaming radio (and even some elements of satellite radio). You have the accessibility and vast array of options that streaming radio has, but with more specific choices you can get from satellite. Combined with the community-oriented approach of live radio, we have something completely new.

Jelli is growing fast and is well-loved by its base, earning a solid 5 stars on the Android market at the time of this article. One of the main reasons for this is because the site is well-monetized through advertising and programming fees radio stations must pay, without cluttering the actual user experience.

Do I prefer Jelli? I’m someone that loves having music on-demand. I use my iPod nano for most of my musical choices. When it comes to streaming, I have not yet converted fully from Slacker to Jelli, though I’ve only used the latter for about a month. The main reason is because with Slacker Premium, I can listen to full albums on-demand, which is not in Jelli’s nature. Jelli, however, is the best music discovery app I’ve come across. 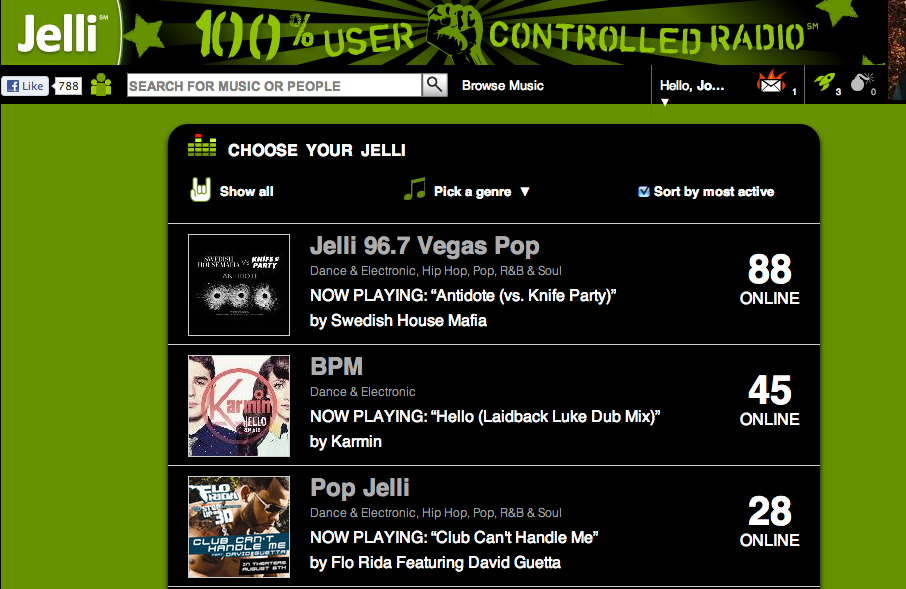 This is because these stations are perfectly filtered. Only the best songs make the cut, and there are features such as “rocketing a track” that encourage and incentivize voting for new, unfamiliar songs. Yes, I have come across stations that only have hits on them, but there are far more stations that are niche and play songs I’ve never heard of that are very good.

What if a bad song creaks to the top? Users can actually vote if a song “rocks” or “sucks” while it’s playing. If it’s voted “sucks” enough times, it will be pulled off the air immediately, even on fm radio. I find that fantastic, though it doesn’t seem to happen much.

Due to its current momentum, I predict that Jelli will become more recognized in the coming months, if only because it’s unique service seems to really resonate with people. Time will tell if it becomes a household name for me as well.

Don’t forget to check out THE JON REPORT every day, updated at 8am for a list of today’s main headlines as selected by my editorial team (me) 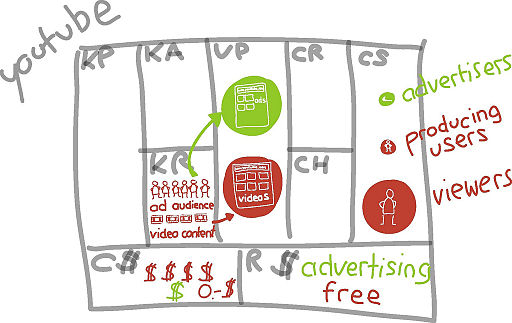