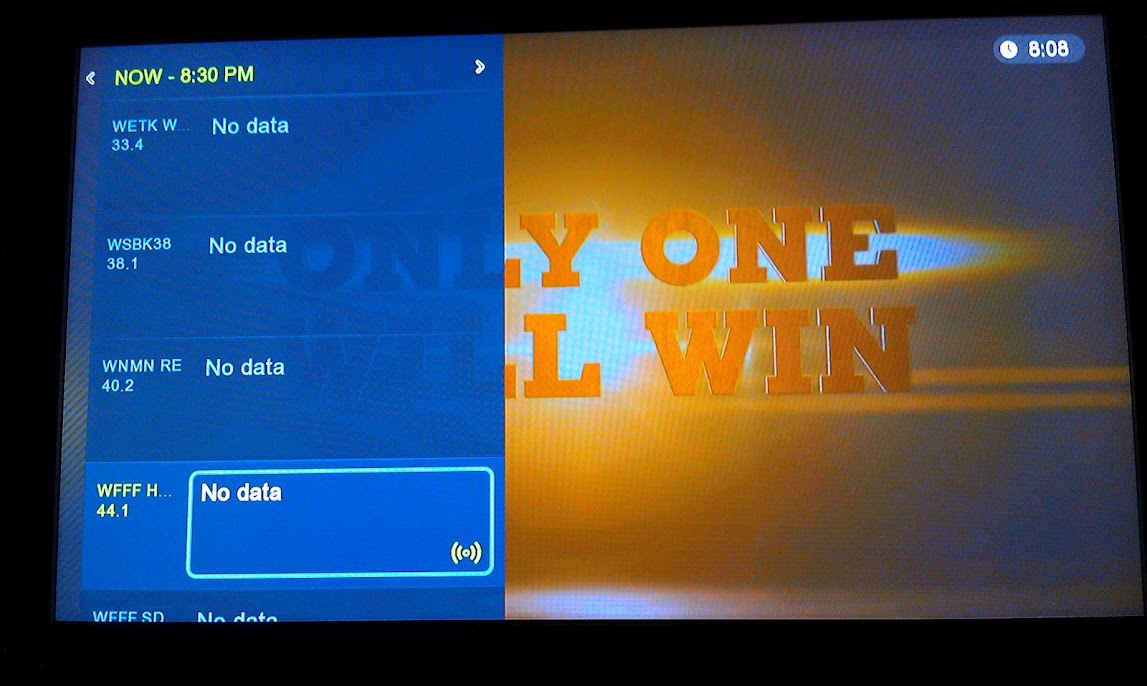 My Boxee Live kit finally arrived and I am adding to my earlier Boxee review. Everything unpacked nicely and as you can see from the photograph only 3 components make up the Boxee Live TV kit. The main component is a USB dongle with a coxial end for cable hookup. There is also a USB extender (if needed) and an HD Antenna for picking up free HD signals albeit a much sleeker version than the typical rabbit ears your dad grew up with. Connecting everything to the existing Boxee was a snap and I rebooted as intructed. Similar to glitch issues in my first Boxee review this round had a few as well.  The device had issues adjusting to the newly added hardware and thanked me with a non-responsive black screen several times. 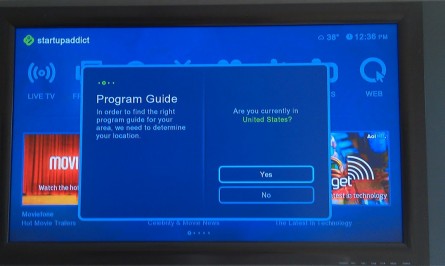 Two reboots later and I obtained a successful load. The main screen recgonized the hardware by displaying a new “Live TV” app in the upper left hand corner. The automated guide then took over and guided setup instructions entailing geographic location and other peritent information to help find programming. 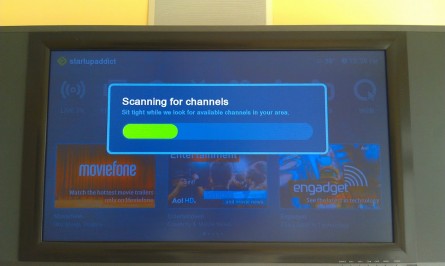 Once the guided tour ended the Boxee Live started scanning for channels in my area. I had my fingers crossed because I live in rural New Hampshire /  Great Boston MSA and did not have high hopes for the amount of  HD programming that might be available over the airwaves. 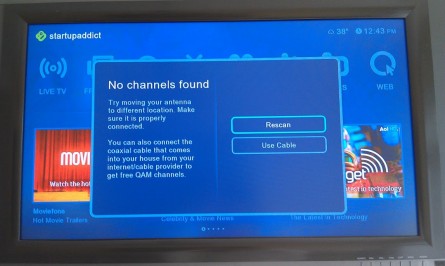 Sure enough, I was S-O-L on Boxee finding channels or programming as suspected. I tried one more rescan but to no avail. I then removed the HD Antenna and plugged my cable into the USB dongle and hit the rescan button. This is where things started to happen. The device found over 30 channels of free programming from my cable provider and the best part was I had offically “cut-the-cord” a week earlier. Who knew that programming was still left in your cable cord for free.  The programming offered all the major networks including a few public access stations. It even gave me my local community access channel.

Being located in the North East my cable is provided by Comcast. Now having the new Boxee Live in my possession I was saving just shy of $100 bucks a month. All my other programming is supplemented from Netflix, Amazon Video and Hulu Plus which I get through a Roku player.

I was a bit harsh on my general Boxee review 2012 earlier this year but deservedly so because of the lack of content deals currently in place. However, now with the Boxee Live add-on it does salavage some of my earlier cons with the product.

Boxee now has a clear and competitive advanatage over Roku and other devices. Boxee made it simple to install and enjoyable to watch quality HD content for free (at least on a monthly basis).

My only caveat with the programming setup is the channels were not labeled correctly like in a typically programming guide. For example, I could only tell if I was watching CBS by manually locating it and writing down the channel number. A small price to pay (no pun intended) at the end of the day. Other than figuring out the new channel system the Boxee Live gets two thumbs up from Startup Addict. 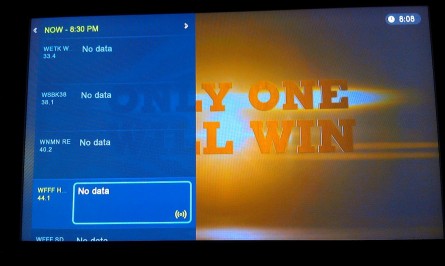 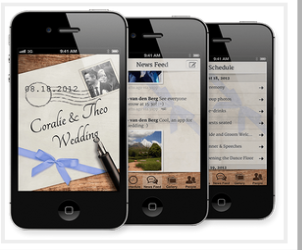 Yapp – create your own mobile app in minutes

Top 5 Apps to Help You Network